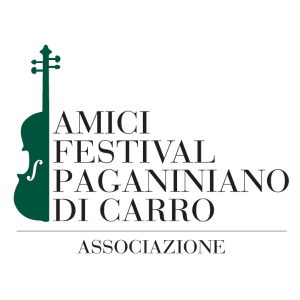 A Festival for the greatest violinist of all time

Niccolò Paganini was born in Genoa on October 27, 1782 from a modest family originally from Carro (in the province of La Spezia). Niccolò’s paternal grandfather, a certain Giovanni Battista Paganini, lived in Carro until he moved to Genoa, marrying in 1745 with Maria Angela Teresa Gambero.

They settled in Vico dei Parmeggiani and had two children, one of whom, Francesco Antonio Maria, will be Niccolò’s father. Antonio made packaging at the port and was fond of music; with his mother Teresa they lived in Vico Fosse del Colle, at the Passo della Gatta Mora, a caruggio in Genoa.

From an early age Niccolò learned from his father the first notions of music on the mandolin and, later, he was directed, again by his father, to the study of the violin. It is not without reason that Paganini is considered self-taught, as his two teachers were of little value and he received only about thirty composition lessons from Gaspare Ghiretti. Despite this, at the age of 12, he was already being listened to in the churches of Genoa and gave a concert in 1795 at the Sant’Agostino theater, performing his variations for guitar and violin on the Piedmontese aria “La Carmagnola”, which have been lost. .

The transfer to Parma

His father took him to Parma in 1796, at the age of 14. In Parma, Niccolò fell ill with pneumonia and was treated with bloodletting, which weakened him and forced him to rest in his father’s house in Romairone, in Val Polcevera, near San Quirico. Here he studied for up to 10-12 hours a day on a violin built by Guarneri, given to him by an admirer from Parma. Paganini imitated natural sounds, birdsong, animal sounds, instrument timbres, such as the flute, trumpet and horn. He later gave concerts in Northern Italy and Tuscany. Having achieved a prodigious skill, he went back to Tuscany, where he received the warmest welcome.

In 1801, at the age of 19, he stopped his concert activity and devoted himself for some time to agriculture and the study of the guitar.
In a short time he also became a virtuoso on the guitar and wrote many unpublished sonatas, variations and concertos; dissatisfied, he began to write sonatas for violin and guitar, trios and quartets in conjunction with stringed instruments.

Paganini wrote for six-string guitar, which at that time supplanted the “Spanish” one with five choirs (four double strings and a single in the upper part called cantino), and this explains his flair in the crackling pizzicato on the violin.

The return to Genoa

At the end of 1804, at the age of 22, he reappeared in Genoa, but returned to Lucca the following year, where he accepted the position of first violin soloist at the court of Princess Elisa (called Marianna) Baciocchi, Napoleon’s sister. When the court moved to Florence in 1809, Paganini followed it, but due to a trivial accident he left it and did not want to return, despite numerous invitations. In Turin he was invited to play in the castle of Stupinigi by another of Napoleon’s sisters, Paolina Borghese.

In his life, Paganini traveled through Italy three times, being applauded in numerous cities. The first of these cities was Milan in 1813, at the age of 31, on 29 October, at the Carcano theater. Critics hailed him as the world’s first violinist. Here in the space of several years he gave 37 concerts, partly at La Scala and partly at Carcano.

This site uses cookies (including from third parties), of a technical, functional and analytical nature, to manage and improve the navigation and authentication functions, as well as profiling, in order to send personalized offers in line with your browsing preferences. For more information, see our cookie policy.
By clicking the "Accept" button, you consent to the use of cookies.
Cookies settingsAccept allAccept
Review the consent